The 10 forms of Cyberbullying

The 10 forms of Cyberbullying

One thing to always keep in mind when discussing cyberbullying, is that victims are rarely the first ones to raise the alarm.

This complex form of bullying is often the result of a long chain of actions and pernicious behaviors. Bullies are, at first, discreet, latent, and insidious, until gradually becoming more and more comfortable and open about their bullying behavior.

But what is cyberbullying exactly? It’s actually pretty simple: any form of bullying using NICT (New Information and Communication Technologies) is considered cyberbullying.

It seemed important to us to list the most common forms of cyberbullying, so that you will be able to identify them and act on them, in case you’re ever facing this kind of situation.

EXCLUSION
By that we mean deliberate social exclusion. So, just FYI, blatantly not inviting a friend to a Facebook event is enough to be felt like social exclusion for the person not invited. Of course, it doesn’t feel like the worst thing ever, that’s a very mild form of exclusion, but that’s also quite sneaky. Who knows how it might affect somebody? Sometimes a first reaction to a situation of social exclusion from someone can trigger more acts of exclusions towards this person by others, potentially more aggressive ones as well.

To out someone means to embarrass or publicly humiliate a person or a group by posting sensitive or secret information about them online, without their consent.  The absence of consent in this situation is very serious, as it can have legal implications. Depending on the country, this can go from a small punishment to a -you wish you’d never done that- kind of punishment.

Nope, it’s not what you think it is… No, we’re not talking about the Scandinavians mythological creatures… yeah the rather mean and ugly ones, but here we’re talking online troll! However, the homonym here is not coincidental; an online troll is someone who enjoys messing with a community, by posting aggressive and provocative messages that will, for sure, tigger emotional responses from others. It’s also apparently the favorite hobby of more than 25% of people who are active on at least one social media (source: YouGov). With no shame whatsoever. The scale of this type of online behavior is getting more and more attention, to the point where some says it’s a form of harassment.

Harassment is one of the most serious form on bullying. It refers to a constant, intentional and strong form of bullying, manifesting mainly through abusing, cruel and threatening messages to the victim. It can lead to dramatic situations. According to a Pew Research study, 4 out of 10 people are victims of online harassment.

If some forms of cyberbullying can be done by any of us, oh boi cyberstalking is not one of them.  This form of cyberbullying is so intense, it can only be the work of some kind of unstable person.     Cyberstalking is cyberbullying level 1000; it’s described as the action of using the internet (or other electronic means) to stalk and/or harass someone or a group. It can take diverse forms; false accusations, defamation, or even go as far as identity theft, threats, vandalism and sexual soliciting…

Guys, it’s 2018… the times of “joking around with a friend by posting on his/her behalf on social media when he/she’s not around” are long gone. Today we’d more say something like “impersonating someone online and ruining his/her reputation”. Times have changed indeed, what used to be just a tasteless joke a few years ago can be considered an infraction today… As a matter of fact, an Irish guy was recently fined $2,700 for having posted an embarrassing status on his ex-girlfriend’s Facebook account. Nowadays it’s called “Fraping”, a contraction of the words “Facebook” and “raping”, no less. Urbandictionary defines fraping as “The act of raping someone’s Facebook page when they leave it open and vulnerable”.

Fakes profiles are often used on social media to anonymously attract or bully victims. Sometimes bullies can even pretend to be another victim seeking help to target someone. Bullied people are also susceptible to hide behind fake profiles. In May 2018, Facebook claimed to have deactivated 583 million of fake accounts.

Dissing is the act of sending or posting online cruel information, with the goal of tarnishing your reputation or your loved ones’. The cyber bully usually knows you and is looking to put you down by posting pictures, screenshots or videos.

Also called confidence trick, it’s what happens when someone gains your trust, only to have you reveal embarrassing or secret information and then use it against you by sharing them online.

Catfishing is often the action of impersonating someone that you’re not, for deceptive purposes. It can be achieved through stealing identities, posting pictures, and/or creating fake social media accounts. A catfish wants to hide who he/she really is. This kind of person will study your social media profile or your child’s, and steal information from it to create a believable fake identity. Why some people are doing that is a not an easy question to answer, but it’s important to remember that it can potentially damage your reputation.

Please do me a favor and take one hour of your time to watch to movie. It will help you a lot understand how cyberbullying works.

You or a friend, a member of your family, a colleague, or an acquaintance, has been hacked, bullied, scammed, watched ?
You have an anecdote to share with the Cyberforpeople community?
You want to add your voice to the conversation and contribute to raise the level of awareness and Highdentity of all?
Tell us about it by completing the application and ACT !  We’ll get back to you if we’re interested. 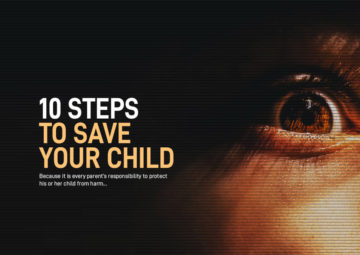 Cyberbullying: how to make it stop 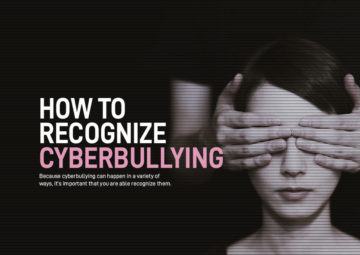 How to find out if your child is being cyberbullied